On a Friday night, we went to the River Hongbao festival, held at the Floating Platform. The festival was originally intended to be a showcase of Chinese culture during the Lunar New Year. This year, when I went, it seems more like a light-up display of the Monkey King and a place to get ripped off for food and funfair games. (Whatever makes people happy...)

Regardless, it still makes it an interesting place for a photowalk! For this, I opted for my digital Sony RX5000 because I only had ISO400 film in my film camera, which would not be strong enough to capture the people at the fair. I also used the Intelligent Auto mode, which would automatically choose the best mode to shoot in, so I could concentrate on taking photos. 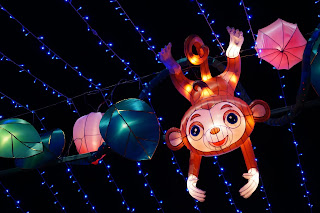 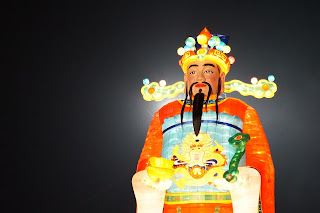 It's not CNY without the God of Fortune 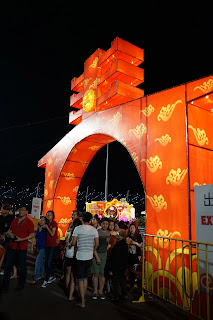 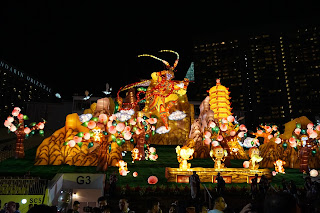 It being the Year of the Monkey, the Monkey King is out in full force. 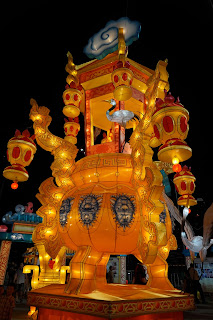 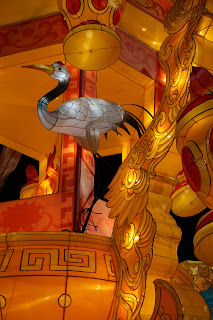 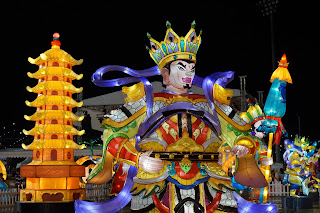 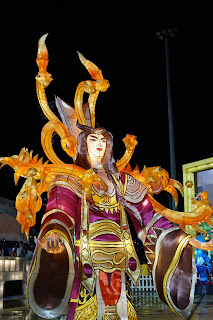 The hub surprisingly turned out to be a huge Monkey King drama fan. Having watched several versions of the saga, he could name almost all the characters here. 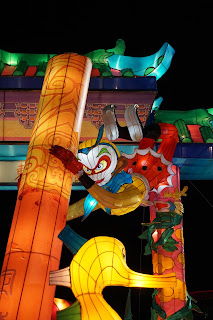 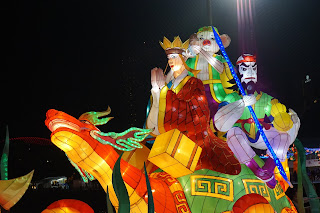 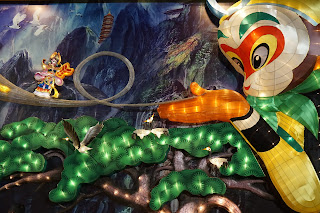 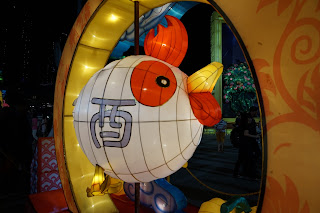 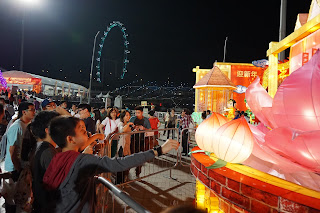 Here, we saw people throwing coins at this lotus. Turns out that there are bells attached to couplets. Hit 'Gong Xi Fa Cai' and maybe you will strike it rich...? Well, the one who will strike it is most likely the TCM clinic offering free TCM treatment to the needy, because that's where all the coins will go to. All in a good cause...... 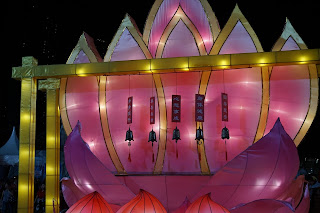 Most people will aim for 'Xing Xiang Shi Chen' because it's in the middle and pretty much covers every wish you could wish for. Though the hub and I think that if you flung every coin you had at the 5 bells, you are bound to hit at least one of them. The TCM clinic will also be very grateful to you. 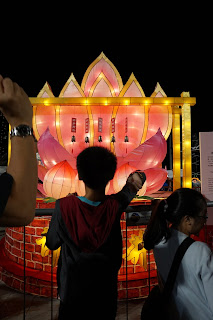 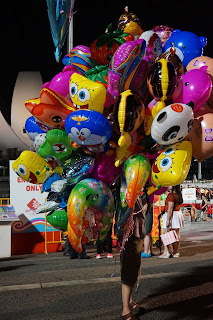 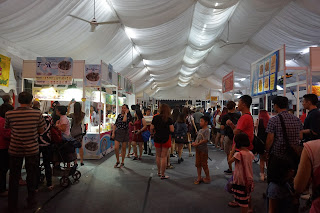 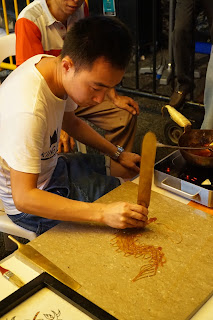 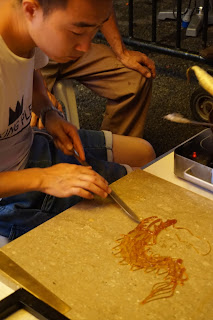 Nice... Candy art from China. He pours liquid candy and forms it into the shapes of zodiac animals. (Here he makes a dragon) When he is done, he will stick it onto a stick for you to eat. What a shame to do so, after all it's such a nice piece of art.... 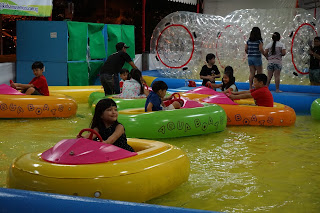 Lesson of Life: Rising COE prices may mean that this is the only car you will ever get to drive. 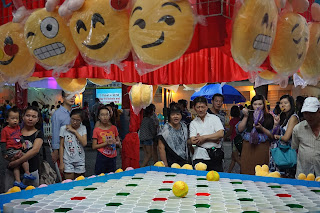 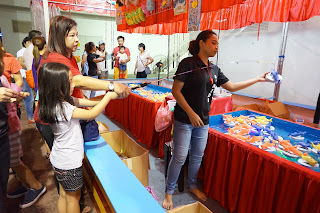 Lesson of Life: It is easier to hook a plastic fish than to hook a good man. 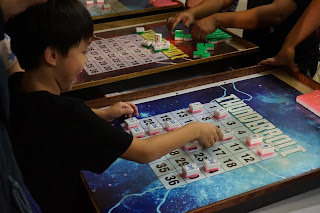 "Imma gonna BINGO!!!" (Unfortunately, he didn't have 2 numbers to form a straight line. Lesson of Life: The House always wins.) 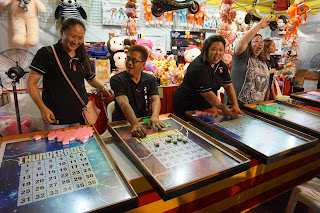 "Step right up! Try your luck!" 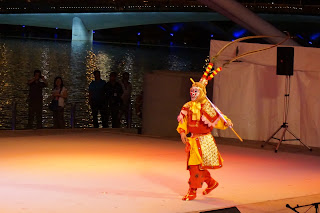 And we finish off just in time to see a Monkey King performance at the Esplanade's outdoor theatre.

The River Hongbao ends today, Feb 14, and there will be fireworks at 9pm so try to go around that time if you intend to do so.
Posted by Aki Tan at 9:52 PM