So after my previous try with the FilmOut, (reviewed in a previous blog post here) I thought the pictures were nice enough to give it one more try but that I had to be careful of light leaks. I loaded the camera with Kodak Gold 400 (never forget what film you are using again!) and set out with noble intentions.

Here are the better shots, the rest are also uploaded on my Lomohome: 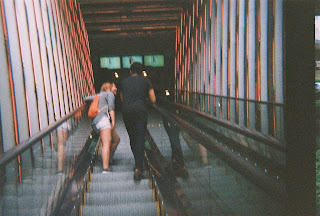 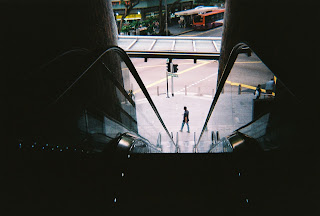 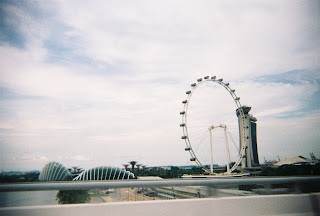 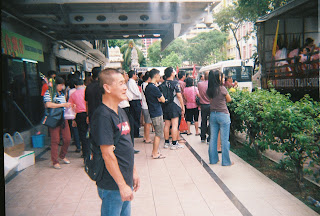 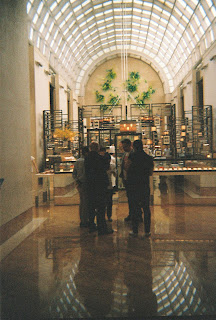 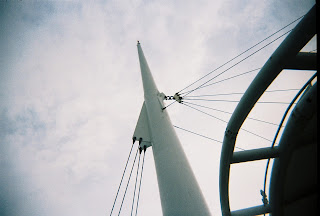 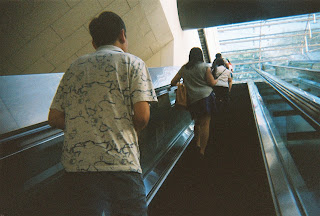 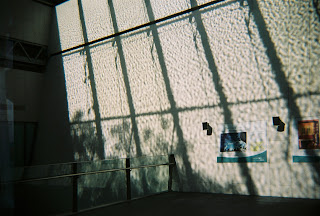 So since this is a review, what are my thoughts on the camera?

- It's very small and so easy to carry around
- You will always know what kind of film you are using
- It's a crappy point and shoot, so don't expect good lenses, focus or flash capabilities. In fact, I had problems with the positioning because I would think I was holding it straight but some of the pictures turned out slightly crooked. This is a problem I never had with my other (larger) point and shoots.

But the main lesson that was reinforced with this camera is a simple one that anyone following photography should remember:

I'm not sure where I read this or which photographer said this, but always in basic photography, if you are mindful of where the light is, you cannot go wrong.

I applied this a lot when I was using the FilmOut and always made sure there was natural light coming from somewhere. (Indoor lighting does not work as well, the pictures will still turn out dark on film) Even in the indoor shots, as long as there was a natural light source somewhere, the picture still developed nicely. (although I'm still surprised at the amount of natural light that shone into the Ritz-Carlton)

It doesn't mean that anyone with a DSLR and a couple of huge-ass lenses can become a great photographer. Much still depends on the skill and eye of the person behind the camera. Learn some of the basic concepts of photography, like the rule-of-thirds and composition, experiment a lot, learn from your mistakes and even with a $10 crappy camera, you can still take good pictures. :)

Other stuff:
I found another blogger online who bought the same camera! You can see his photos here.
This is a good page on taking photos with digital point and shoots at Petapixel.
Another photographer who shoots from the hip is Daido Moriyama. Here is a video showing how he works.

Inspired to try one? The Lomography website has tons of photos taken by film point-and-shoot cameras. This is what I got from one search.
Posted by Aki Tan at 11:24 AM