note: Due to changes in blog, loading may take slightly longer than usual. Gomen! Tell me if you encounter any real problems in viewing this blog: boredslacker@gmail.com

I'm finally getting down and dirty again with HTML and Fireworks to work on some long-overdue renovations to my blog, and my first thought is: I'm getting too old for this. -_-!!!!!

The HTML changes were simple enough, because they were relatively minor. I've cleaned up some of the really old links to the right, and updated some of them. Some of the changes:

- The Twitter blogroll has a spanking new image of a bird. [hey, either u get the pun or you don't.]

- Portfolios have been rearranged so that they are all arranged in one tidy line. Added a rolling image of my Artwanted portfolio as well. [Now when am I gonna add new images to that portfolio.....?]

- Next big change is the Bloglines blogroll. I've been using this feeder to read most of your blogs and a bucketful of others, and now I've put all of them on my blog, for easy linkin' and readin'. Now you can see what crap I read on a weekly basis.........

DOING THE DAMNED TWITTER IMAGE. I can't believe I've been that long away from working with imaging software but just to create that one damned singing bird nearly burst several of my arteries. You know how hard it is just to align one damn leaf with another?? Or to fix that damn bird to fit into the button?? Some bright idea I had.........

Which is why you may not be seeing too many other image buttons soon.... Gomennasai......

Other changes are behind-the-scenes, which will not be immediately visible here, for instance:

Blogging on the Go

In response to the many complaints about my blog gathering dust, I've enlisted two friends to help me in the updating problem. 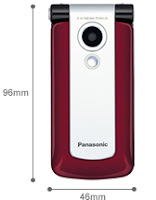 Yes, my humble phone, which is where the Twitter roll on the side comes in. The Twitter updates come via SMS to my humble blog. So whenever I see something weird outside, or some earthshattering philosophical thought strikes my mind, all I have to do is reach for the mobile, and up it comes on the blog. 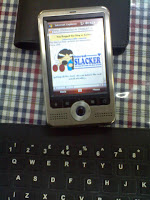 The second is a new addition to the family, say hello to Suss.

Suss is an Asus PDA [no phone] and she was bought because she can a) support Word, and allow me to type potential blog entries and b) go online with Wi-fi capabilities, although this admittedly depends on the networks floating around me at the time.

The keyboard is a bluetooth fabric keyboard, yea, made of fabric. It does work but so far it's given me more headaches than convenience, so less said the better.

So far, blogging by SMS and email through Suss has been going smoothly, as you can see from some of the slightly more frequent updates on this blog. [The thing I still don't like is that uploading pictures is practically impossible so far. Working on it, working on it... ]

I'm now hoping that if I get a smooth enough rhythm going during the hols, I'll be able to keep this up much better when school starts again. Then you guys won't have to worry whether I've been hit by a car or murdered at my doorstep or something. :p

Gimme some comments, though, on what you like and what you would like to see! It's nice to know that, well, people are reading this blog after all. :p
Posted by Aki Tan at 11:05 AM